Deur, a village nestling amid hilly area, situated on the left bank of river Vasana, is included in the dry zone of Koregaon Tehsil of Satara district. Five decades ago, the population of this village was 2336, and agriculture was the main occupation. However, the villagers could manage themselves to live on a meagre income. Day by day the villagers’ condition was getting worsened. Here was only a primary school established in 1871. But through this institute, students could only get educated up to the Std. 7th. It means that here was no any other convenience for high-school education till 1953. As a result, until 1953, the half educated students had to go behind their cattle or on farming. A few of them would go, to keep existence, to Mumbai. Thus, in those days a number of students had to stop their education, especially girls, due to the non availability of high-school. As luck would have it, the holy and golden day dawned in 1953. Observing the conditions of the poor village students, a group of few enthusiastic youngsters got together and formed a council named “Gram Jeevan Vikas Mandal” on 17th October 1953 in Deur. And it could happen just because of the help of the students, those were out of station to complete their higher education and were thinking on the problems faced by their poor fellow villagers. The Council (Mandal), soon started to collect the fund through various ways such as donations, performing rural acts and plays, organizing various tournaments and working physically to change the deteriorating plight of their poor contemporaries . In this way, with their great efforts they sow a small seed of “Shri Mudhaidevi Shikshan Sanstha” in 1956 with its motto ‘Bahujan Hitay’.

After completing Auto Engineering & MREDA admission to the second year of diploma may be taken. There is provision of reserved seats for that admission to B.SC. Part I is feasible after MREDA course. Similarly admission to C.A., B.C.A., B.B.A., B.S.W. & Computer Accounting is granted after the Auditing & Accounting Course.

We don’t just give students an education and experiences that set them up for success in a career. We help them succeed in their career—to discover a field they’re passionate about and dare to lead it. 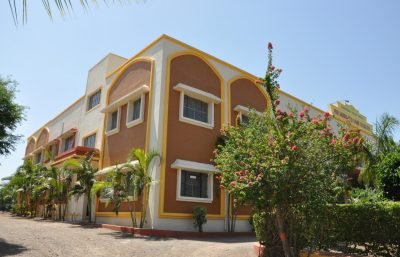